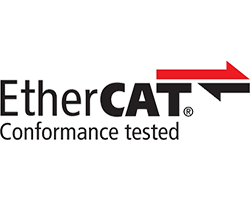 Questions regarding this product?

The JUMO TYA 203 is the result of systematic further development of JUMO power controller technology and switches resistive and resistive inductive loads (transformer) via a three-wire circuit. It enables the wiring of the load in a star connection (with and without N conductor) or a delta connection. An open delta connection (six-conductor connection) can also be implemented. The microprocessor controlled power controller displays all parameters in an LCD display with background lighting. It can be operated using the 4 keys at the front.

Thyristor power controllers are used where larger resistive and resistive inductive loads have to be switched (e.g. in industrial furnace construction and plastics processing). The thyristor power controller with a load current of 20 A can either be clipped to a 35 mm mounting rail or fitted to the wall on a mounting plate. Devices with a load current greater than 20 A can only be mounted on the wall. The TYA 203 works in phase-angle operation or in burst-firing operation. In burst-firing operation, the phase angle of the first half-wave can be cut so that transformer loads can also be operated.

All thyristor power controllers are fitted with a semiconductor fuse. Available subordinate control loops are U, U2, I, I2, or P control. When using the subordinate control loop, power voltage fluctuations during control processes have no influence on the line segment to be controlled. The option of specifying a base load is available. To avoid high inrush currents, a softstart can be set. The thyristor power controllers meet the operating conditions of DIN EN 50178. The device has to be grounded in accordance with the regulations of the responsible energy supply company.